The Thither are a mysterious race of giant red savages with four arms, enemies of the red men of Seth.

They live in a hidden valley at Barsoom's south pole. They rarely venture into the world outside their valley because they are extremely fearful and superstitious of outsiders. As a result, hardly any other race on Barsoom is aware of their existence. 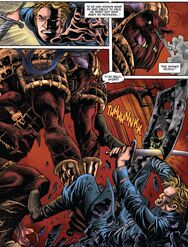 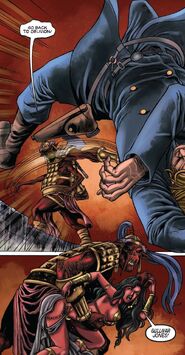 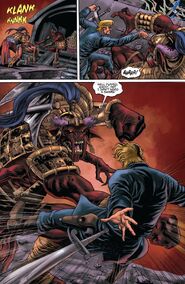