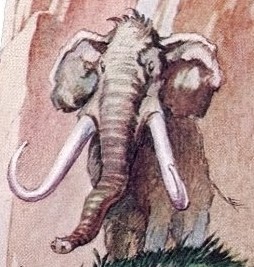 The Tandor, or mammoth, is a species of animal that lived on the surface world and the inner world of Pellucidar. they are one of the animals that lived in the Ice age and they lived Pellucidar. In fact, the warriors of a Pellucidarian tribe known as the Mammoth-Men customarily capture, train, and ride Tandors.  Other tribes apparently hunt them, and their relationships to the various tribes seem to mirror those shared between elephants and mankind of the Outer Crust.

Tandors are among the largest herbivores in Pellucidar and are notable members of the ecosystem.  Not only are they big and dangerous, they are also considerably intelligent and command the respect of some men.  They are preyed upon by the Zarith, (the Pellucidar name for the Tyrannosaurus Rex).

Retrieved from "https://barsoom.fandom.com/wiki/Tandor?oldid=14327"
Community content is available under CC-BY-SA unless otherwise noted.