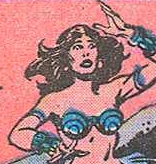 T'ranna was a red woman who lived on The Ebony Island, when Kantos Kan was fighting her husband she tried to defend him. Kantos Kan threw a dagger at the woman before he knew who was firing at him, killing her. Kantos Kan was greatly upset by this, he had no desire to kill a woman.

Retrieved from "https://barsoom.fandom.com/wiki/T%27ranna?oldid=9050"
Community content is available under CC-BY-SA unless otherwise noted.