Ayathor is a little known sea beneath the surface of Barsoom, the meaning of its name long since the days of antiquity. The sea is beneath the northern pole of the planet. The sea can be accessed by a shaft in a mountain that is difficult to see from ground level.

In this dark world horrible beasts with haunt the waters, including ferocious snakes, and there are many fish. Upon the islands hordes of violent ulsios, and nearly blind creatures called targaths roam in search of meals. When Hin Abtol colonized Ayathor he brought banths with him.

Hin Abtol's Palace island, where a large palace makes up the city called Ayathor, seemingly originally built by the Okarians, is the primary bastion for civilization in this dark world. This city was re-inhabited by panars who banded together after the war, and their prisoners.

To reach the forgotten sea one must travel down a shaft which is well camouflaged in the mountains of the northern ice caps. It is an underground world,a great sea dotted with hundreds of islands, the walls exude a soft phosphorescence which sent dull streaks of light across the placid waters. 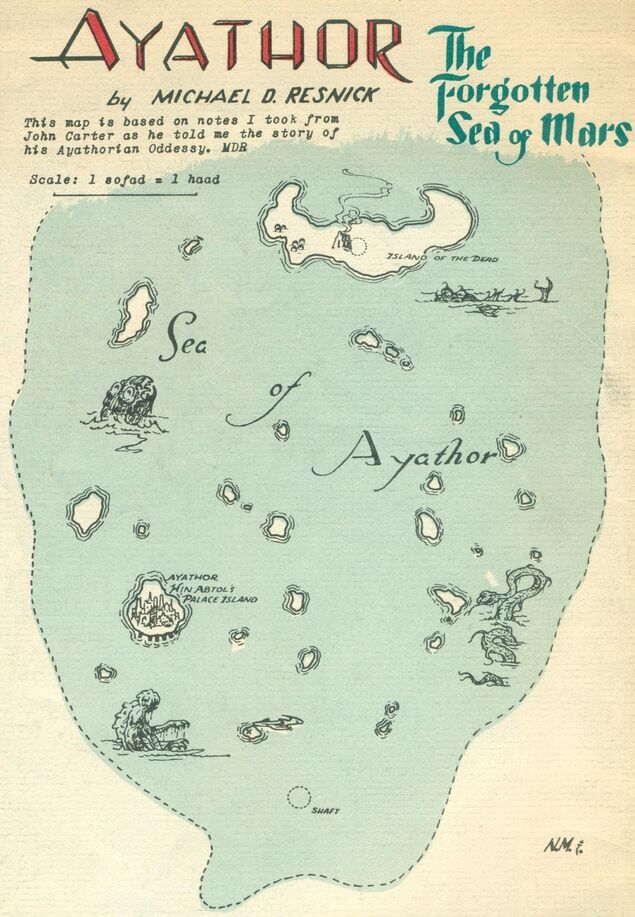 Retrieved from "https://barsoom.fandom.com/wiki/Ayathor?oldid=9390"
Community content is available under CC-BY-SA unless otherwise noted.